In many Australian native bees, it is often the females foraging on flowers that people notice. However, in the Nomia and Lipotriches Bees, it is often the males that attract attention. As dusk falls, large groups of Nomia or Lipotriches Bees may begin to gather on a twig or on some long grass stems. More and more males come in, until there may be hundreds of even thousands of males clinging to one another in large clusters.

Above: this impressive large roost of Lipotriches male bees was photographed by Erica Siegel.

Australia currently has six described native species of Nomia Bees and 56 species of Lipotriches Bees. However, all of these bees were previously classified in the genus Nomia. Professor CD Michener changed the names of these bees in his classic book, The Bees of the World (2000). 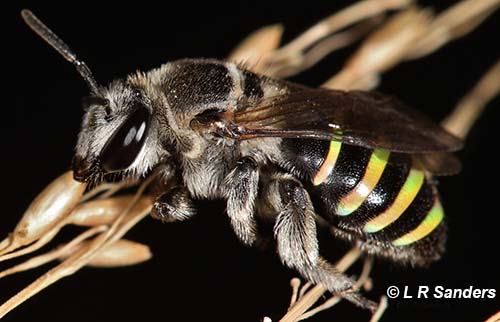 Above: the beautiful enamel-like yellow bands on the abdomen of this Nomia Bee can be seen in this stunning image by Laurence Sanders. 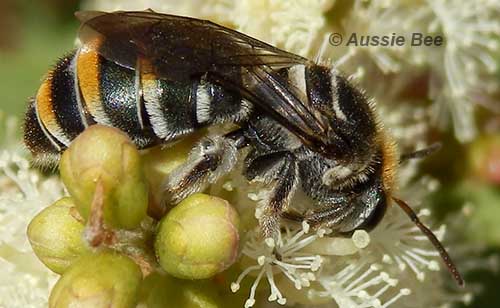 Above: This Lipotriches Bee, in comparison, has bands of golden and white hair across her abdomen. 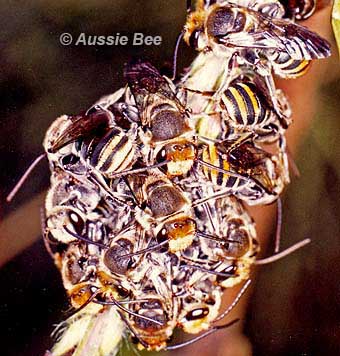 Above: these Lipotriches male bees were clinging to one another in the early morning, making a roost shaped like a ball.

Nomia and Lipotriches Bees dig nest burrows in the ground. In Lipotriches australica, up to three females may use the same nest and take turns guarding the entrance. 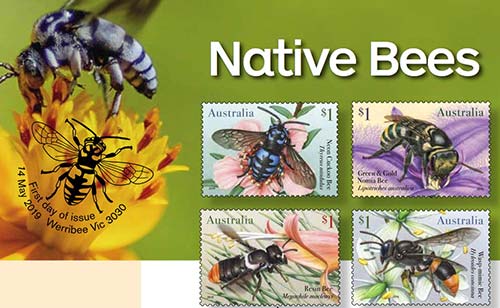 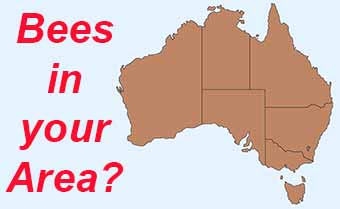 Find out Which Native Bees are in Your Area