Bee Battle After a Fighting Swarm

by Ros Gloag, University of Sydney

This video footage is used on the Aussie Bee website with the kind permission of Ros Gloag and Professor Ben Oldroyd of the Social Insects Lab, University of Sydney.

Numerous pairs of bees may battle to the death during the the mysterious fighting swarms of Australian Tetragonula (previously calledTrigona) stingless bees. This footage was taken by Ros Gloag during her genetic study of fighting swarms in 2006.

To read the full results of Ros' research and find out what causes these destructive fighting swarms, read Aussie Bee Online Article 13. 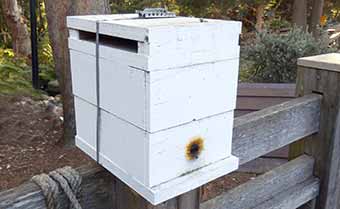