A NEW NAME FOR OUR TRIGONA STINGLESS BEES: TETRAGONULA

Over twenty years ago, American bee expert, Professor Charles Michener, proposed a classification for the world's stingless bees that was largely followed in Australia. In this classification, the old genus Trigona was a massive one. It included over 100 species from America (from Mexico right down to Argentina), Australia, New Guinea, Indonesia, and westwards to India.

However, DNA studies in 2007 showed that the Trigona bees in our region were sufficiently different from other stingless bees worldwide to deserve their own names.

Importantly, though, someone needed to systematically review all the species in the whole genus, in the light of all the research, and draw up a plan to show how the new names should be applied.

This has now been done. A major reference book on stingless bees was published in January 2013 called 'Pot-honey: a legacy of stingless bees.' Professor Michener contributed a chapter to this book in which he outlined a new classification for all the stingless bees, based on current scientific knowledge.

In this new classification, the large genus Trigona was split up into nine smaller genera and our Australian Trigona bees were all placed in a genus called Tetragonula.

So the names of Australia's six Trigona species became:

Genus Tetragonula also includes 30 other stingless bee species that are found in other countries in our region, such as New Guinea, Indonesia, The Philippines, The Solomon Islands, Malaysia, Thailand, Sri Lanka and India.

This genus name, Tetragonula, was first proposed in 1961 by the Brazilian bee expert, Professor JS Moure. It was part of a major alternative classification system, in which Professor Moure divided the Trigona stingless bees into about 20 genera.

So it is time to start using to this new name for our Aussie Bees! We are changing the name Trigona to Tetragonula throughout the Aussie Bee website. We will progressively update the name in all or our articles and publications.

Getting used to a new name is never easy. However, it is great to have a name for our Tetragonula stingless bees that recognises their distinctive characteristics.

Michener CD (1990) Classification of the Apidae (Hymenoptera). The University of Kansas Science Bulletin 54: 75-164 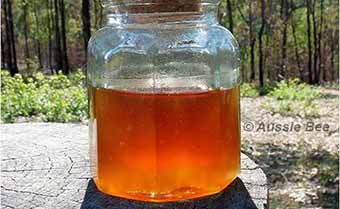